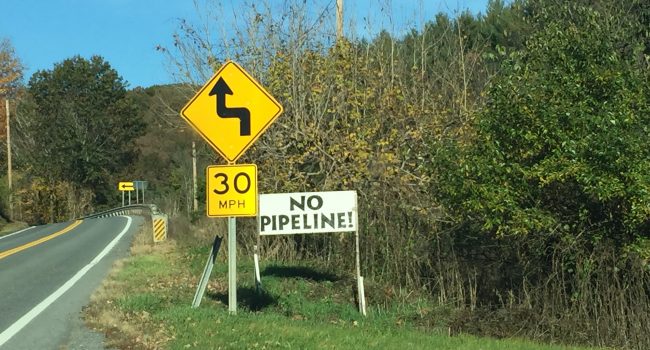 Former Bank of Canada Head: Pipeline Protesters May Be Killed. So Be It.

As Canada’s controversial Trans Mountain pipeline expansion project faces ongoing opposition, the former governor of the Bank of Canada said that protesters may die but that the government should push the project through anyway. Speaking at an event Wednesday, David Dodge said, “We’re going to have some very unpleasant circumstances,” the Edmonton Journal reported. “There […]

The proclamation states Asheville was built on the homelands and villages of native people who lived here before the Americas were settled. Sage Dunston, and other members of the Eastern Band of Cherokee Indians, came for Tuesday night’s vote. Source: Council votes to replace Columbus Day with Indigenous Peoples’ Day in Asheville

To acknowledge that everything is connected is to acknowledge that our actions have consequences and therefore responsibilities they are unwilling to shoulder. Also that the solutions to climate change require cooperative work at all levels from local energy transition to national policies that stop subsidizing fossil fuels to international agreements to set emissions goals. Source: […]